The idea behind cryptographic communication is that it should be hard/impossible for eavesdroppers to decrypt the messages, but relatively easy for the intended recipient to decrypt.

For this to work at all in general, the recipient must know something that eavesdroppers don’t.

To build up to how RSA and communicating across an insecure channel works, we can first observe that there are a whole class of problems that are incredibly hard to solve, but easy to verify. These are NP-complete problems.

And ultimately, integer factoring is what underpins the security of RSA encryption.

Essentially, to encrypt a message “m”, we raise it to some power “e”, divide by some N, and keep the remainder as the ciphertext “c”.

The security of this ultimately depends on two facts: 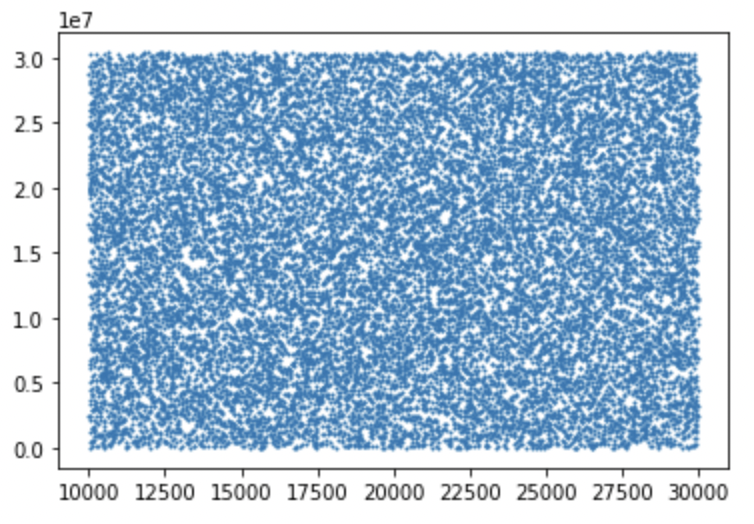 For this to be useful it needs to satisfy several constraints:

Finding such a d is not trivial under all circumstances. In fact, it might not even exist!

Note that exponents and logarithms behave very differently modulo some N, than they do normally. The algorithm for computing a discrete logarithm (in order to reverse the effect of m^e) essentially requires factoring the modulus N.

So before we can address how it’s possible for the recipient to decrypt c, while making sure it’s still hard/impossible for eavesdroppers, we have to prove that it’s even mathematically possible.

To make sure that we can find d satisfying c^d = m mod N we have to be specific when choosing N and e.

We already said that N should be a very large number that has two prime factors. So then how do we choose e?

To move forward, we will have to take a bit of a detour. 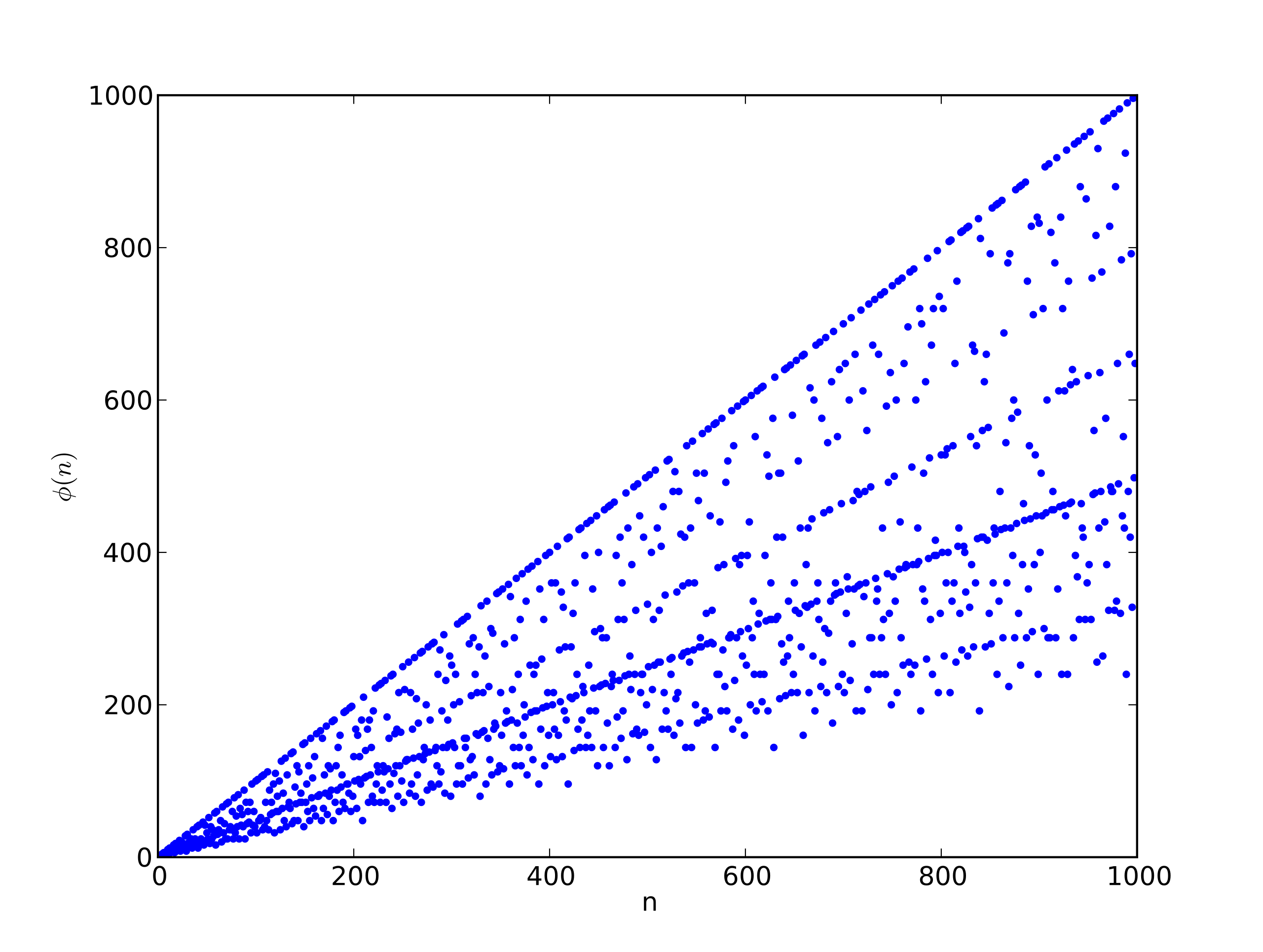 phi(n) doesn’t have a closed form in general, but we are only concerned about the case when n=N=p*q, and fortunately there is a closed form for that!

How does that help us determine phi(pq)?

Well, we can make use of another theorem called the Chinese remainder theorem.

The Chinese remainder theorem states that for a system of congruences

then x exists and x is unique modulo n*m.

Before we prove the CRT, I want to explain how we make use of it. With the CRT, it means that if we choose p and q ahead of time, then we can take any pair of ints (a,b) and map it directly to some value x.

Remember that phi(n) is the number of numbers less than n that are relatively prime with n, and that we care about phi(p) and phi(q) where p and q are both prime. So we can describe sets A and B as A = { 1 <= a < p } and B = { 1 <= b < q }. By CRT, we now know that we can take any pair in AxB and map it to some unique value x modulo pq. But think about that! We have constructed a bijection from AxB to a set C where every element in C is unique modulo pq. In other words, the set C is composed of numbers less than pq and relatively prime with pq. Then |C| is exactly the definition of phi(pq)! And we’ve shown that there’s a bijection from AxB -> C, so clearly |C| = |A|*|B| = phi(pq) = phi(p)phi(q).

Now to make sure we’re good, let’s prove the CRT. We’re going to only prove the CRT for the system of two congruences because that’s all we need.

We want to prove that for the system of two congruences, and assuming n and m are coprime

that there is a unique solution modulo m*n.

First, we show that a solution exists.

Because gcd(n,m) = 1, this means that we know n has a multiplicative inverse mod m, which we can call n’.

We don’t need to reduce this any further! We’ve now shown that a solution for x exists satisfying both congruences.

Now we need to prove the solution is unique.

Assume x=c and x=c’ both solve the system

We can repeat the same line of reasoning for n instead of m, so that (c - c’) is divisible by n

This is useful because it means that we can now make the equality:

But before we go further with that, let’s prove Euler’s theorem to be sure.

We won’t bother proving Euler’s theorem in general, we’ll just prove it for when n=p*q where p and q are prime.

That means we need to prove

We will solve this by using another theorem called Fermat’s little theorem which really is just a specific case of Euler’s theorem for when n is prime. Fun fact: though named after Fermat, it was proved by Euler!

So let’s focus on proving

when n is prime and a is relatively prime with n.

Let’s start by listing the finite sequence of numbers:

Clearly we have n-1 numbers here. We can also prove that they are all distinct modulo n:

Assume that they’re not distinct! Then there must be j and k such that ja = ka mod n.

So now back to the case when n=pq, we need to prove

Back to finding d

Let’s prove those two statements before moving on.

Bezout’s identity states that for two integers a and b with gcd(a,b) = d, then there exist integers x and y such that ax + by = d. We’ll actually prove a slightly weaker version of the identity by assuming that a and b are positive. Given positive integers a and b, we construct the set S {ax + by | x,y s.t ax + by > 0}.

S is non-empty since (y=0, x=1) satisfies the set criterion for all positive a. S also has a minimum d because it is a set of positive integers. We want to show that d is also the gcd of a and b.

Show d divides a and b

Remember that d is an element of S, so we can rewrite d as ax + by for some x and y.

So we’ve rewritten r in the form of ax + by. We also know r is non-negative because since d is minimum of S, then d <= a so we can always choose a non-negative r satisfying nd + r = a.

Therefore d divides a. We can repeat the same arugment for b.

Now that we have Bezout’s identity, we can prove that a and m being coprime implies that a has a multiplicative inverse modulo m.

Now we finally know that d exists and provides a unique decryption when e is relatively prime with (p-1)(q-1). This actually gives us the constraint we need for how to choose e and N. Since p and q are both prime, p-1 and q-1 are both even, which means that e needs to be odd. A possible choice is e=3. Note that if you choose e=3, then you can’t choose any p and q that you want. For example p=19 would break things because p-1 = 18 and 18 is divisible by 3, so we lose the gcd(e, (p-1)(q-1))=1 property, which means we can’t recover m from c^d because c^d might not be unique or d might not even exist.

But how does knowing all this actually help you find the value of d? Fortunately, we have the extended Euclidean algorithm (covered in section below) which tells us how to find the coefficients x and y for ax + by = 1 when gcd(a,b) = 1. If we substitute e for a and (p-1)(q-1) for b, then we can find d in logarithmic time. Remember that an eavesdropper doesn’t know p or q, so they can’t take advantage of this algorithm.

If you didn’t know p and q, then your two options for finding d are:

An algorithm for finding d and decrypting your message

So with all this we’ve shown that d should theoretically exist and decrypt c back into a unique message. But we still haven’t covered how. At the beginning of the post, I said that decrypting the message should be hard for eavesdroppers and easy for the recipient. This is possible because the recipient knows something no one else does: p and q.

The extended Euclidean algorithm tells us how to compute the coefficients for ax + by = gcd(a,b). Note that this is Bezout’s identity again.

I’m not going to go as deep on this because honestly I don’t deeply understand why it works.

That gives you the gcd, but we ultimately care about the coefficients as well. The extended algorithm, in addition to telling us gcd(a,b), also tells us the coefficients x and y. We don’t just keep track of the remainders each time, but we also keep track of two other variables that we can call s and t. Their sequences evolve like s_{i+1} = s_{i-1} - q_i*s_i. The first couple are defined ahead time as s_0 = 1, s_1 = 0, t_0 = 0, and t_1 = 1. To be honest, I’m not even going to pretend I understand why this works.

But now we can actually implement basic RSA altogether.

This is pretty much the most basic version of RSA that we can get. In reality, we have to do some extra work.

Wikipedia provides a nice list of some attacks against basic RSA.

In practical details, there are some extra constraints around p and q because there are several tricks that make factoring N easier under certain conditions. Stack exchange provides an example.

How does one choose p and q though? For modern security, N needs to be at least 1024 bits. This means that p and q should be roughly 512 bits each.

But these numbers are still massive. It would take a while to generate and determine whether they’re prime.

NIST publishes prime numbers, so maybe we could use those. But this is still problematic. If you used a public and pre-generated list, then suddenly the search space would be very small and it wouldn’t be hard for an attacker to find p and q.

In reality, there does not exist such a list for 512 bit primes. Instead, there is an algorithm to generate large primes. This stackexchange answer does a great job of explaining.

Essentially, you are likely to find a candidate prime after less than 200 tries starting from a random 512 bit number. So that’s very quick, to generate one, but to generate all of them, you’d need to do it 2^512 times which is unbelievably huge. (If you protest that this number includes small primes like 3 and 5 technically, then you can fix the largest bit to 1 and check for the remaining 2^511 options)